Completed filming earlier this year the documentary short ‘THE MAN AND HIS MUSEUM’ a film by Nor Hazlin Nor Salam. This is currently circulating the Film Festivals and is also about to go to DVD for Sale in The Sammy Miller Motorcycle Museum later this year, hopefully in time for Christmas 2015.

We have interviews with Sammy Miller MBE and of course lots of footage of mouth watering road motorcycles from the earliest examples to some of the iconic motorcyles from the 60’s, 70’s, and the 80’s. And of course racing motorcycles including the Moto Guzzi V8.

People are the core to this short film, people from all walks of life sharing  a common love for all things motorcycling. 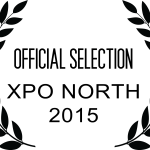 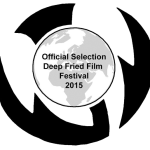 Motorcycle Journals Documentary – to watch, enter the password supplied or alternatively email us your request to view online using the contact form at the bottom of this page.

Female Director provides a unique perspective on British Motorcycle Culture ‘True Stories of Bikers and their Machines’ In this short documentary we immerse the audience in the culture of the British Motorcyclist through interviews with enthusiastic motorcycle owners talking about British motorcycle culture and their machines. From the ordinary to the extraordinary we look at rare Italian racing bikes, the Ducati’s, the world of the customised Harley Davidson and the rarest in motorcycle history and the privately owned museum that collects them. But most importantly it is the culture that we investigate and the relationships between people and their machines.

I began the filming of Motorcycle journal with an aim to unravel the mysterious relationship between man and his machines from a thematic standpoint. The theme I wanted to draw out from the motorcycle world was the ironic relationship between man and his machine that supersedes the narcissistic value often attached to material attachments. To simply put, my ultimate goal from this film was to unravel the spiritual connection man have with their machines. Thus due to this, my goal was set on idealistic grounds that I believe would best suit a poetic reflexive mode of representation which perhaps can effectively contextualise and encapsulate my vision.

I made the decision to organise Motorcycle journals as an investigative endeavour, which would allow me to reflect and discover the stories behind the respondents and their motorcycles. I was also interested in the culture and the lifestyle they lead. Thus due to this notion, I decided to make Motorcycle Journals into an interview based reflexive mode of representation, driven by a thematic spine.

‘Motorcycle Journal’ was filmed in a span of four weeks and the stories developed in its own accord as I continued meeting inspiring personalities who clearly had a great passion for their machines. ‘Motorcycle Journal’ takes audiences into the journey of a custom bike engineer Nathan Haskel, Sam Woodfield an aspiring motorbike racer, Lu travers Sam’s mother and a motorcycle workshop manager and Gordon De la mere a luxury bike dealer. The story of these four characters is also supported by re-enacted events, as well as observational shots of them in their world. Focusing mostly on Nathan’s inspiring persona, the film provides an insightful take on Nathan’s passionate lifestyle and the story of an old bike he recently purchased from a deceased custom bike designer who never completed his machine.

The process of filmmaking clearly had an impact on me as a storyteller. I inevitably developed an emotional attachment towards the stories presented by my subjects. It was definitely a challenge to deconstruct and reconstruct my material without any prejudices. I was very moved by the very fact that there was more to the Motorcycle community than meets the eye. As one motorcycle aficionado once said to me “every motorcycle owner is just a mere caretaker, as the spirit of the machine will continue to live on from one man to another, because it is more than just a machine”